Steve Feller was born in Newark, New Jersey in 1955 where he began singing and playing the piano at the age of five.  Always the show man, he entertained his parents guests at dinner parties with his strong vocals and later went on to perform and win on the Ted Mack Amateur Hour three times.  Steve performed with his school choirs as well as always being in bands that performed locally.  Before Steve was of legal age, he was performing in bars and clubs in New Jersey and New York and would have to wait outside on his breaks.  But this did not deter him from always being the piano playing singing entertainer.

When Steve was seventeen his family moved to Los Angeles, California where he immediately fell into the musical world on the west coast.  Steve joined a 1950’s band in High School that originated for a Talent Show and then played at all the local High Schools and became very well known in the Southern California area.  After High School Steven  joined several Top 40 bands and played all the songs as they hit the charts in the 70’s and early 80’s.

While performing a single piano act in Burbank, California his former band mates from High School started sitting in. In record time, the band was reunited and hit the road to become one of the most sought after Vintage Rock and Roll bands across the nation and worldwide.  During the next thirty years the band opened for and performed with the likes of Chuck Berry, The Righteous Brothers, Three Dog Night, The Four Tops & The Temptations and many more.

Throughout all fazes of his musical career, Steve has steadily performed Billy Joel’s songs as they hit the charts and is now showing tribute to his most revered iconic entertainer, Billy Joel, in his performance of  “Shades of Billy” The Music of Billy Joel. 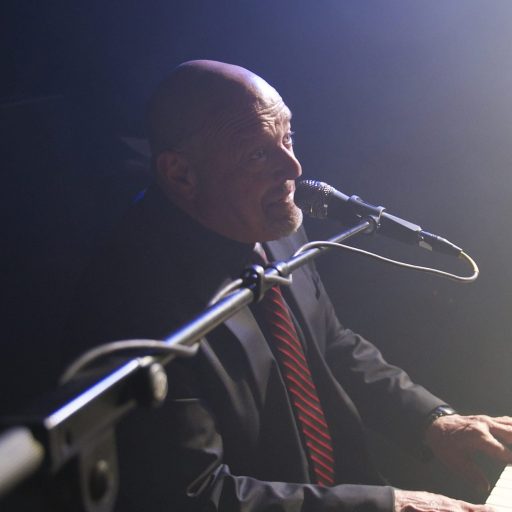